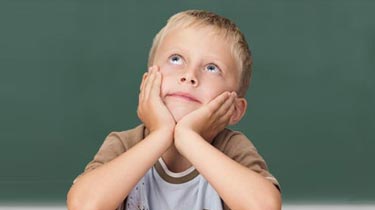 Attention-deficit disorder and attention deficit hyperactive disorder is one of the most commonly diagnosed conditions in America today. It’s not hard to see why, as the symptoms associated with a diagnosis are very common in many other problems: Distracted, impulsive, lack of attention or focus, can’t sit still, anger issues, etc. Individually these symptoms can relate to a host of other conditions. ADD makes it easy for doctors to quickly diagnose, prescribe medications and move on to the next patient. In reality defining ADHD is not that simple.

The truth is that ADD/ADHD is not a psychological or disciplinary problem – it’s a brain problem. Medications are often ineffective because they target metabolic symptoms (body based), not neurological ones (brain based). While minor relief is possible, the root cause is unaffected. And the side effects can often outweigh the benefits.

It’s All About Brainwaves

If you are interested in finding out what’s going on inside your brain, then call (334) 271-2882 today to schedule YOUR Brain Map!

The next step is to correct the brainwave frequencies, which can improve or eliminate the symptoms of common neurological issues. This is done using neurofeedback, a process that has been around since the 1960’s and is backed by decades of research. Neurofeedback specifically targets irregular brainwaves and gently guides them back into normal ranges. All you do is watch a movie or listen to music while our system monitors your brainwaves and makes minor adjustments. The process is non-invasive, takes 30 minutes and requires no extra work on your part. It’s really that easy. Over time and with multiple sessions, the brain will eventually learn to stay in the normal ranges on its own and independent of our system. Results are often permanent.

Why is neurofeedback so effective for ADD/ADHD?

If a stimulant literally speeds someone up, why is it prescribed for someone with hyperactivity problems? Why do stimulants seem to help someone with ADD/ADHD slow down and focus?

In a person with ADD or ADHD, the areas of the brain that control attention and focus may have too much slow activity, which can also lead to feeling depressed, worried, and unmotivated. Subconsciously, people with ADD/ADHD increase body movements to stimulate and “wake” their brains. This can lead to ADHD like behavior.

ADD and ADHD are brain problems. Neurofeedback allows people to work directly on the problem by training the brain to become more calm, more focused, and less impulsive. By reducing the too-fast or too-slow brain patterns that occur in the brain of someone with ADD or ADHD, neurofeedback helps the person learn how to take control.

According to health professionals who use neurofeedback in their practices, over 85% of clients with ADD or ADHD learn to increase focus, reduce impulsivity, and manage their behavior when they train with neurofeedback on a consistent basis.

The ADHD treatment guidelines developed by the American Academy of Child and Adolescent Psychiatry takes a balanced approach by rating ADHD treatments based on the preponderance of the evidence as to whether “the benefits of the recommended approach clearly exceed the harms of that approach”.

Using this professional academy’s evaluative standard, neurofeedback for the treatment of children and adolescents with ADHD clearly warrants the highest level of recommendation.

Additionally, in October 2012, the company that maintains the American Academy of Pediatrics’ ranking of research support for psychosocial treatments awarded NFB the highest level of evidence-based support for the treatment of ADHD (ref 3).

One reason that neurofeedback is so effective for ADHD and ADD is that it appeals to children and adults alike – it seems just like watching a movie! By subconsciously producing the desired brainwaves they control the playing of the movie with his or her brain. Children and adults seem to enjoy brain training, making it easy to continue with treatment and achieve significant improvements.

If you are interested in finding out what’s going on inside your brain, then call (334) 271-2882 today to schedule YOUR Brain Map!

Sources for this material:

Anxiety: Why Neurofeedback Works So Well